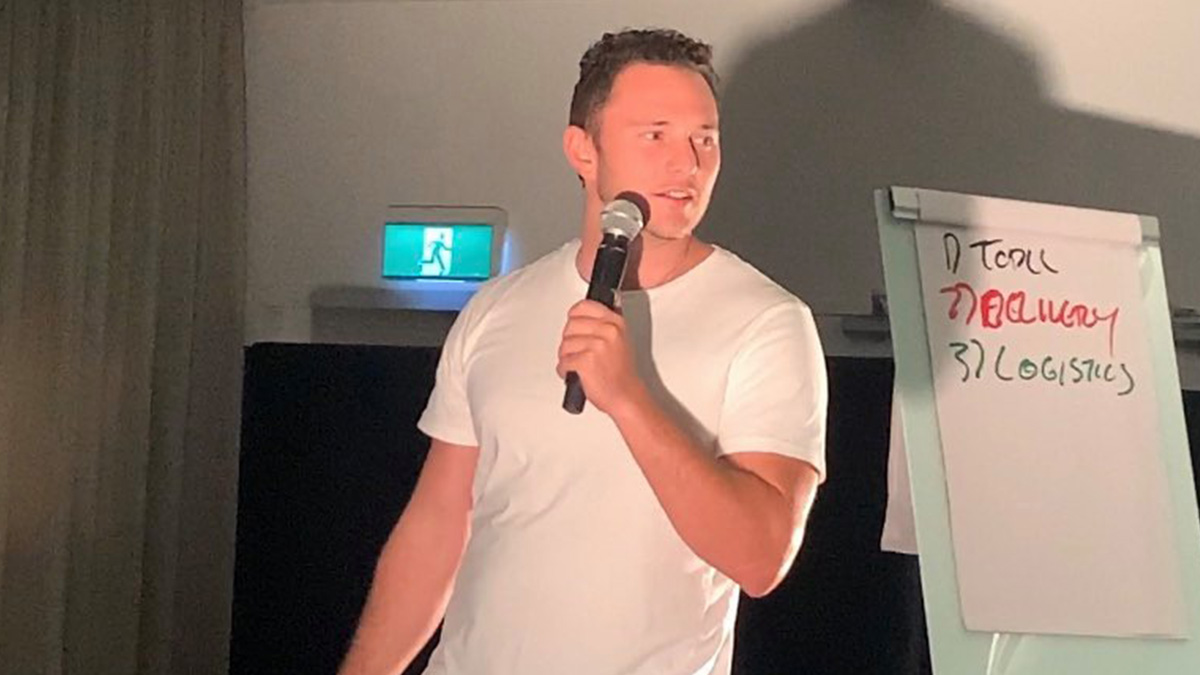 In today’s competitive environment, it can be tough to navigate the business world – let alone build a successful empire of your own. We’re not saying that it’s impossible, but going all the way to the top from your lowest point is definitely a commendable job, especially when you don’t have any help. Such is the story of Christopher Roberts, a young entrepreneur who has reached heights of success in just a few years’ time.

Christopher Roberts is a serial entrepreneur and soon-to-be book author. Raised in a typical, middle-class family, Christopher never had big aims or ambitions. He was out of home at the age of 14 – before he even finished 10th grade – which resulted in him suffering from a chronic anxiety disorder. Christopher was broke, overweight, suffering from anxiety and was also a single father to a two-year old son with no clue of what lies ahead of him. As he would put it, “I genuinely felt all the cards were stacked against me and thought this was the end. That is how it is going to be forever.” Fortunately, though, that did not turn out to be the case.

In 2018, Christopher picked some profound wisdom from the books he had been reading at that time and decided to use this wisdom to turn his life around. He started his first venture, a civil company, and has been unstoppable since then. Two years down the road, he is the founder of multiple ventures that have made over 3.5M in sales and has a team of over 35 employees working under him.

Like most successful entrepreneurs, Christopher did not have it easy. In fact, the hardest part of his journey was to organize himself and gather the courage to take a risk. “In simple words: I was a mess. I had no direction, nor any clue about what to do with my life. Even when I decided to start my first business, I asked myself if I can really do this a thousand times. And now I have achieved much more than I initially planned,” he says.

According to Christopher, most of his inspiration came from his habit of reading. The young entrepreneur believes that reading really broadens your horizon and perspective towards life. Although this does sound like a cliche, it is actually very true. However, most people tend to ignore this and get stuck in a cycle of mediocrity, unable to discover and unleash their full potential. As per Christopher, this is one of the worse things that a human can do to himself – and he is right.

Besides being an avid reader, Christopher is also a soon-to-be author of a self-published book called Breaking The Bonds Of Mediocrity. The book revolves around how humans can do literally anything, and that we can master any skill we practice yet we tend to become really good at mediocre things and end up wasting our potential on ordinary stuff. Through his book, Christopher aims to show people how they can break through and find their true calling – something extraordinary that they are destined to do.

We are always told that all the successful entrepreneurs were “gifted” or are born with a golden spoon. But here, we have the story of quite a successful entrepreneur who built his empire from scratch all by himself and proved to society that nothing is impossible if you are focused and know what you want. Connect with Christopher Roberts today through h Facebook or Linked