Five Inspirational Personalities Proved That You Should Never Give Up 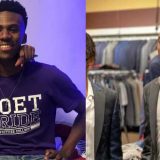 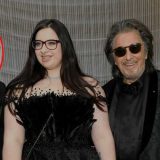 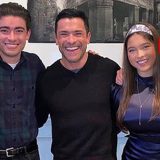 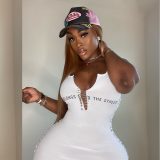 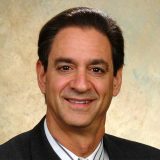 Since centuries we are examining and judging the talent and abilities of people, entrepreneurs, and students on the basis of their grades, academic performances and successful business. Although it’s a social taboo of our society that we judge failures in awful terms and think that the one who fails can never sow the seeds of success. Despite the fact, the reality is beyond this. The one who fails is the one who learn and the more you learn the more you get the number of attempts you take the more perfection you achieve.

Though, the truth is might be bitter to swallow that the one who fails is more experienced and can pin down more possibilities to triumph over than the one who never fails. Because the one who conquer life challenges bravely, learn from their mistakes and can find manifold of tricks or ways to flourish their purposes.

We have plenty of marked and well-known personalities, who once were a failure, but they marked themselves as survivors and turned their flaws into their powers and didn’t let the pressure of being failure sink their hopes and dreams. Let’s give a read and get inspiration from some of the successful personalities and their failed attempts.

In the period of her very young age, life demonstrated the darkest side of the world to Oprah, she got molested in her teenage and the society refused to accept the teenage girl with her blemish. But Oprah didn’t lose hope and turned all challenges into opportunities. At the age of 22 the life took another twisted turn and Oprah kicked out from her show at local Baltimore station, this was enough for the youngster to shut the doors of the world to her but she didn’t. Oprah chose to turn her troubles into the occasions and initiated the idea of a talk show where she focused on literature, self-development, and mysticism. Oprah got criticized inadequately for discussing freely social controversies and empowering people enough to confess the flaws of society.

But Oprah stand stood on her objectives and didn’t let the criticism shatter her high aims and kept winning her purposes. Now, Oprah is known as the successful multi-tasker billionaire and also honored the Presidential Medal of Freedom by President Obama, in 2013.

The lesson Oprah gave us is, no matter at what age life throws a challenge to you, accept it. Accept it and conquer the world with your success before your fear incarcerates you in the cage of failure.

“I believe that one of life’s greatest risks is never daring to risk.” Oprah Winfrey

Walter Elias, a successful man who suffered and did tireless efforts to fulfill his dream.  The creative initiator of cartoons which we admire most was a failure once. In 1919 Walter was dismissed by the editor of Kansas City Star Paper as the editor claimed that Walter could not think out of the box, and have no unique ideas to share. But this failure couldn’t stop the passionate Elias and he kept focusing on his goals.

Afterward, as Walter’s cartoon characters started to grab the attention of the people of Kansas and Walter got fame for creating Disney’s amazing cartoon characters, all of a sudden the breezes of Kansas turned against to Walter’s fortune and his business got bankrupt. Still, the early year breakdowns did not let Walter’s self-esteem got a gust. Disney spent his days and night to keep his foot on the ladder of success and now we all know that the Disney has captured the hearts of millions transversely around the world.  Whether we give a glance to cartoons, theme parks or animated movies the obsession of Disney in everyone’s life is clear as crystal.

What Walter taught us is, to be passionate you need to be stubborn. Not everyone’s appreciation is worthy; with the aim to prove yourself, admire your self-esteem first.

“The more you like yourself, the less you are like anyone else, which makes you unique” Walt Disney

An American Professional basketball player was once considered as the biggest failure. It was not the only one time that Jordan got fail, he fell short multiple times, but every time he fell, he stood. He stood with more power and hopes even after being kicked out of the team from his coach he kept trying his luck and proved his talent till he acknowledged people with his ability.  Jordan is marked as the famous basketball player now who is shining like a rising star and touching the sky with success.

The moral of Jordan’s struggle tells us that it is the candle of hope that we should never let quench. Keep trying until you show your talent to the world and let people get flattered on your success.

Recognized to the world as Dr. Seuss, were a writer and a cartoonist from Springfield Massachusetts. Mr. Seuss was famous for his work in writing and illustrating more than 60 books for kids. The dearly loved children’s novelist had gone through the rejections by the 27 different publishers. The first book of Seuss got rejected for 27 times but Mr. Seuss held the robe of patience and hope very strongly. Subsequently, the same 27 times rejected book set out on to sell for more than 600 million copies across the world.

The brilliant success story of Dr. Seuss proved that success couldn’t be achieved in the blink of an eye not everyone has the ability to identify the diamond in the very first glance. To prove your endowment one needs to be patient and positive.

Not everything that glitters is gold. People know him as a successful person who lived in the luxuries suite, boot, and bow but who knows what Colonel had been through while crossing the pave of success. An emblem which can be recognized worldwide in the food commerce was once lived a tragic life.

To pay for bread and to fulfill the basic needs of life Sander started to cook and used to sell the food items to the for weaver travelers who stopped at the station. Time by time Sander got his hands perfect on the formula for chicken which worlds known as the KFC now.

Although, cooking was not what Sander dreamt for. But he still got success, fame and maintained wonderful reputation through it. Which gives us a lesson that sometimes our circumstances chooses our goals but if you are smart enough to turn the rocks of problems into the gold of opportunities for yourself then achievements will become your fortune.

To hold the key to success one must get over the fear of being a failure and should have enough courage to face the world with confidence. To get on the bridge of success one might have to ride on the roller coaster of hurdles, criticism and stumbling blocks but your patience, potential, and passion will lead you to the pave of accomplishments one day.